Variable Frequency Drives (VFDs) are an increasingly common piece of kit found in pumping systems. For the uninitiated, they are pieces of electrical equipment that take the place of traditional motor starters and generally have the functionality of several other pieces of equipment built into them. VFDs control the output frequency of the power fed to the motor, which in turn varies the pump’s speed. Most VFDs can also perform high/low amp alarm and cut functions, receive and interpret analog control signals, and perform soft-start functionality. They can also be specified with more advanced control packages based on your application.

Control the pump’s speed to match system demand for flow delivery. You can use speed control as a key process control strategy, and to significantly reduce electrical costs by turning down equipment when demand is low.

Oversize the pump to build extra capacity into a system, or to give the pump’s design an extra factor of safety in pressure or flow capacity if those requirements aren’t fully defined during the design phase.

For example, if you know your process will require 500gpm of flow capacity, but the pressure required can range anywhere from 50psi-100psi, a VFD allows you to size the pump for the worst case without worry about the pump being oversized and inducing cavitation.

Protect a pump from damaging itself under adverse conditions, such as dry running or debris getting clogged in the impeller.

How a VFD Works

The VFD controller is a solid-state power electronics conversion system that consists of three distinct sub-systems:

The specifics of how power signal modulation is done is a bit beyond the scope of this article, but the end result is a controllable output frequency that can vary the speed of an electric motor.

How a VFD Affects Performance of Centrifugal Pumps

As a VFD slows a motor down, the speed at which the pump spins varies in proportion to the final drive speed of the motor.

For instance, on a 3600rpm pump, changing the output frequency to the motor from 60Hz to 50Hz will reduce the final drive speed of the pump from 3600rpm to 3000rpm.

By changing a pump’s speed, the final performance of the unit is affected according to Pump Affinity Laws stated in these formulas:

The volume capacity of a centrifugal pump can be expressed as:

This equation is expressed graphically as shown below: 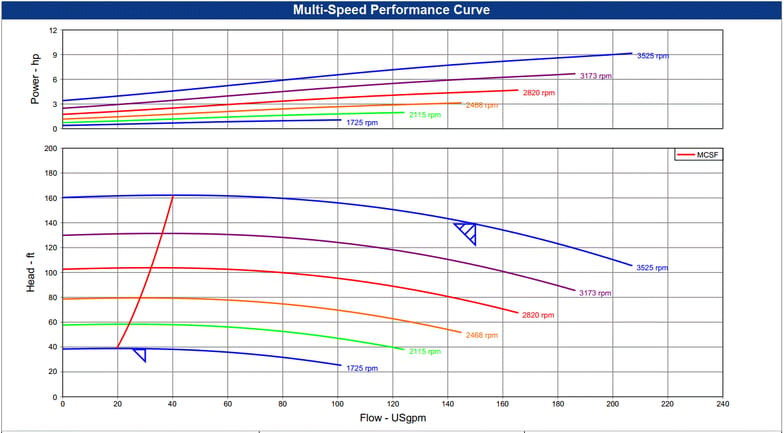 Similarly, we can calculate pressure by using this formula:

Note that the terms in the pressure formula are second-order, so it can be inferred that pump speed has a much greater effect on produced pressure than produced flow. Again, this concept is shown in the multi-speed curve above. 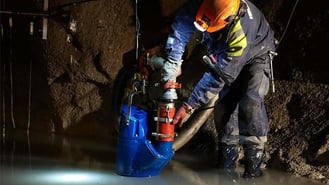 VFDs are applicable to most processes and give operators a significant upgrade in flexibility, provided users are willing to invest additional resources in such equipment.

However, if a process has a variable flow demand but requires a constant pressure (e.g., the pump must move water or another fluid to a fixed height or into something like a boiler with a constant operating pressure), VFDs are a poor choice for varying flow.

As shown above, changing pump speed significantly affects its discharge pressure. In practice, this phenomenon equates to a narrow range of speeds where control is possible if the discharge pressure requirement stays constant, and in most of that narrow range the pump is running in terrible hydraulic conditions.

In this scenario, a control valve with continuous bypass is a much more reliable control option. Simply stated, VFDs are best used when paired with control systems and operate best when based on a target flow rate measured by a flow sensor.

At West View Cunningham, we can flow model any system you may have and determine the suitability of applying a VFD to the system. By using computer modeling, we can also determine operating ranges for the drive before the system is turned on. 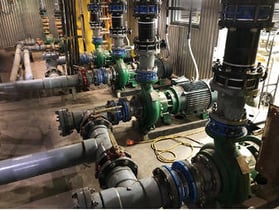 A steel mill project described in a recent flow modeling blog post was possible only because of the level of control VFDs allowed us to achieve over those pumps. We modeled the system’s expected behavior by using multiple variables to determine the final horsepower requirement, impeller trim of the pump and VFD set points for the VFD for four main operation modes in which the system would be running. 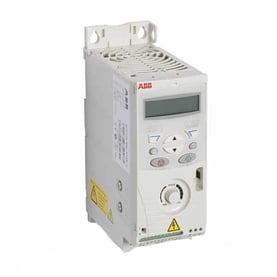 As for specific types of VFDs, we typically recommend ABB because they offer good value and ACS model units are easy to configure for people without extensive backgrounds in electrical matters.

Typically, VFDs will outlive a pump by a factor of 3 or more, especially if the VFDs have adequate protection from the environments in which they are installed.

To help our customers launch their systems, we can perform onsite start-up services to check pumps’ parameters while in operation to make sure they match specifications.

Customers can perform those checks themselves if they know how to read a pump curve and calculate horsepower and amp draws. We are willing to teach anyone who wants to learn how to conduct those diagnostics themselves. 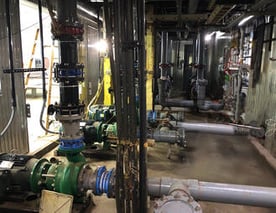 While VFDs help to optimize the performance of centrifugal pumps, they often work even better with positive displacement (PD) pumps. In fact, controlling a PD pump’s speed has an almost linear relationship to flow. That means, unlike with centrifugal pumps, flow is independent of the system to which PD pumps are attached. As a result, PD pumps are much easier to control with a VFD.